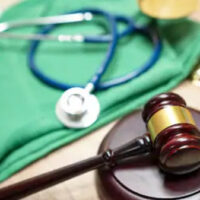 An Atlanta nursing home is under investigation after two dozen residents died after the facility was cited for numerous safety lapses. However, COVID liability shields enacted by the governor in the early stages of the pandemic may make it impossible for families to file a lawsuit to hold the facility accountable.

Under the new legislation, plaintiffs must allege gross negligence in order for their suits to move forward. However, the details surrounding this case appear on the surface to be a perfect testing ground for a gross negligence lawsuit. The problem is that the risks involved with taking the case are so great and the prospects that the case will be dismissed on a COVID statute are so high that lawyers need to think twice about taking this case because the chances of a settlement or jury award are very low under the rules. This has created a situation where no one is accountable for the numerous deaths caused by the facility.

The case against the facility

Different states employ different standards for COVID liability. In Florida, a facility is protected from liability as long as they show substantial compliance with health ordinances protecting the public. In New York, the first state to pass such protections, the plaintiff must prove gross negligence as opposed to ordinary medical negligence.

At this particular facility, the nursing home was written up several times for failing to implement infection-control measures that could reduce the spread of infection. This is important even when there is a pandemic going on. Many residents are recent surgical patients, cancer patients, or have other ailments that reduce the response of their immune system. So infection control is always an issue. This facility was told by inspectors that they weren’t doing enough and then the facility proved it by losing nearly 24 patients.

In other states, the facility’s failure to conform to the prevailing standard of medical care would be enough to file a lawsuit. Since the facility failed to obey public health ordinances surrounding the virus, they could be held liable in those states. In other states, the facility was aware of the problem, and was written up for the problem, and proceeded to do nothing, which would constitute gross negligence. Here in Georgia, all those exceptions are not present.

While Georgia operates on a gross negligence standard, the gross negligence standard is much higher in our state than elsewhere. Instead of comparing the defendant’s actions against the medical standard, or comparing the defendant’s actions against public health recommendations, a Georgia resident must prove that the nursing home did absolutely nothing. Since that’s impossible, it amounts to a barrier and not an exception. For that reason, these lawsuits are not being filed in Georgia even though elsewhere they would result in multi-million dollar settlements.

If you’ve been injured by a medical doctor, you may be able to file a lawsuit against them to recover damages related to your past and future medical expenses, lost wages, and decreased quality of life. Call the Atlanta medical malpractice lawyers at The Moses Law Firm today to schedule a free consultation and learn more about how we can help.