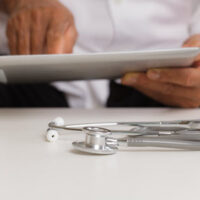 The class-action lawsuit was spurred by a widow who lost her husband to lung cancer in 2020. The widow claimed that a radiologist could have failed to detect evidence of cancer in 2017 when the patient had undergone an X-ray. The widow filed a request with the hospital to get her husband’s medical records but was prevented from accessing those records.

Other patients have reported paying between $70 and $150 for medical records they needed while they were at urgent care or an emergency room. The company is only allowed to charge a “reasonable, cost-based fee” according to state laws. So, there are two elements to this suit. One involves the illegal price-gouging of medical records and the other involves the failure to disclose medical records in a timely manner.

The widow mentioned above said the Ciox told her they did not give electronic copies of medical records. Instead, they told her they would provide hard copies at a cost of 75 cents per page. Her attorney was able to register a class for litigants who had been overcharged or denied health care records. Her attorney believed that Ciox is stonewalling her until the statute of limitations on her medical malpractice lawsuit runs out.

Ciox was involved in other medical record lawsuits as well. One, filed by the federal government, claimed that Ciox falsified records related to their patients in order to justify overbilling Medicare and Medicaid.

Ciox owes money for every time they overcharged a patient for their medical records. Ciox did not admit wrongdoing, even though they violated state laws, and agreed to pay $1.85 million to cover the costs associated with their overcharging. Any claims related to Ciox must be submitted prior to January 27, 2023. The settlement will cover anyone who paid more than the legally allowed amount under state law.

Companies like Ciox and related hospital entities harm patient care by depriving patients of their medical records when they need them most. Before you deal with a company with this history, you should be very careful. Gouging people in medical distress for their medical records does not show a commitment to patient care. This company’s priorities are really apparent.

The Atlanta, GA medical malpractice attorneys at The Moses Law Firm represent the interests of those who have been injured due to substandard medical care. Call our Atlanta medical malpractice lawyers today to schedule a free consultation and we can begin discussing your lawsuit immediately.

By The Moses Firm | Posted on December 6, 2022
« NFL Player Wins MedMal Lawsuit Against Doctor
Jury Awards $5 Million After Diagnosing Pneumonia As The Flu »