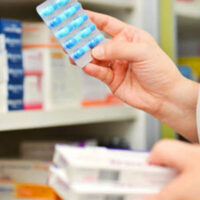 Before the regular pandemic, the “opioid epidemic” was making major headlines. Pharmaceutical companies were deemed responsible for hooking millions of Americans on prescription painkillers, allowing their product to be funneled to the black market with their knowledge, and misleading both doctors and patients concerning the addictiveness of their pain killers. As it turned out, the painkillers were no less addictive than other opioid-based pain killers. Small rural communities with a couple thousand people were getting massive shipments of opioid prescriptions that were being diverted to pill mills, and the number of opioid-related deaths has tripled over the past five years. While the matter was made worse by the COVID pandemic, the numbers were staggering even before then.

The pharmaceutical companies now have the option of accepting a $26 billion settlement that would be paid to state governments across the country to help treat and raise awareness concerning opioid addiction. States have lost billions helping patients in recovery, many of whom were only hooked once they began taking prescriptions from their doctors.

Today, pain management doctors are under much more scrutiny and face serious charges if they prescribe the medication without a good medical reason.

Johnson & Johnson, along with three other major pharmaceutical companies, are offering this deal so long as the states drop their lawsuits against the drug makers. If the states agree to take the settlement, it would essentially clear these companies of their burden. The money will be purportedly allotted to drug and rehab services. The money is contingent on the state dropping the lawsuit against the companies.

Each state will individually have the opportunity to reject or accept the settlement. The $26 million would then be apportioned to the individual states based on population density or some other measure. California, as the nation’s largest state, would be entitled to $2 billion. The money would then be diverted to individual counties to improve access to addiction and recovery services.

This, of course, is leading some states to balk at the deal. West Virginia, in particular, which is sparsely populated, was severely hit with opioid deaths. In fact, you’ll find that a lot of the deaths targeted rural communities where we saw the greatest uptick in opioid-related deaths. To be sure, the inner cities are still hurting as well. This has led the State Attorney General to signal that he will reject the deal based on the notion that West Virginia is entitled to less money because they have a smaller population. The AG is hoping that the deal would include other factors such as how badly the state was hurt by the opioid epidemic. That would reduce the overall award of $26 billion, but only by West Virginia’s allotment of the settlement. West Virginia would still have the option to pursue their lawsuit, however.

If you have been injured by a medical doctor, a nursing home, or a hospital, the Atlanta medical malpractice attorneys at The Moses Law Firm can help you file suit and recover damages related to your ongoing medical expenses, lost wages, and reduced quality of life. Call today to learn more.