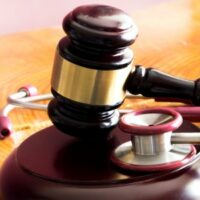 Over 40 women have joined a class-action lawsuit against ICE and Dr. Mehendra Amin who they accuse of performing unnecessary and unwanted medical procedures including hysterectomies on women detained here at the Irwin County Detention Center in Georgia.

The lawsuit has been filed here in Georgia on behalf of women who are still in ICE custody or who have been deported after having unnecessary procedures performed on them. 14 women are named in the lawsuit while 40 others provided sworn testimony concerning the conduct of the doctor. Amin is now under investigation by Congress and DHS after a whistleblower reported the conduct in September of last year.

The plaintiffs contend that ICE knew about the medical battery as far back as 2018 and either did nothing about it or ordered the unnecessary tests. An investigation conducted by the AP said that it could not find a pattern of unnecessary hysterectomies performed at ICE facilities or even complaints about unnecessary medical procedures in all but one facility, the one here at Irwin.

Several individual complaints all targeting Amin and the Irwin facility were consolidated into a class-action lawsuit by a Georgia judge.

Medical battery lawsuits are thus complicated by the fact that they are intentional torts and which statutes apply may not always be obvious. What we do know is that ICE is not going to the defense of this individual doctor who intentionally performed several unnecessary hysterectomies on patients. Other ICE facilities don’t appear to have complaints concerning unnecessary hysterectomies or other medical procedures. So Dr. Amin is going to take the full brunt of the complaints filed against him, be they criminal or civil, with ICE and the federal government paying out claims relating to his conduct. The lawsuit mentions Amin by name and indicates that the medically unnecessary procedures amounted to sexual assault. Also named in the lawsuit is the medical company that provided Dr. Amin to ICE facilities. Amin, through his lawyer, has denied the allegations and stated that he has always treated his patients with the utmost care and respect.

The women contend that they were unaware of what procedures would be performed on them, were given consent forms in English, which some of them did not speak, not receiving pain medication after surgery, and getting no help changing bandages. In one case, Amin performed a medical exam with his hand that the victim said amounted to medical rape. ICE is also accused of deporting or placing the women in solitary confinement after complaining about the treatment.

The Moses Law Firm handles cases of medical malpractice and medical battery resulting from medical negligence or abuse. Call today to schedule a free consultation and discuss your injuries in greater detail with our Atlanta medical malpractice lawyers. We can help.

By The Moses Firm | Posted on December 7, 2021
« New Law Would Make It Easier For Doctors To Discuss Mistakes With Patients
Family Files Wrongful Death After Teen Dies At Folsom County »