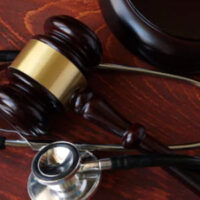 A doctor was held liable for $5 million in damages after a diagnostic intervention to determine if she had pancreatic cancer. According to the lawsuit, the intervention resulted in pancreatitis when digestive fluids became trapped within the pancreas. The woman spent a year in the hospital enduring treatment related to the condition and now must take enzymes before she eats to aid in digestion.

The allegations in the lawsuit did not center around the quality of the procedure, but rather whether or not the patient was told that there was an advanced risk of pancreatitis. The procedure, known as ERCP, uses a scope inserted through the mouth to look at the pancreas. In this case, the patient was at advanced risk of developing post-ERCP pancreatitis due to complications related to her age, gender, and medical history. The doctor should have informed the patient of this complication prior to authorizing the procedure. The procedure left her in severe medical distress for an extended period of time and reduced the quality of her life forever.

There was also some question as to whether or not the benefit of the procedure outweighed the risks. The plaintiff was successfully able to argue that it didn’t and was thus awarded $5 million in damages.

Informed consent is an important concept for the practice of medicine. In order to consent to a medical procedure, the average person needs to have the risks and benefits explained to them. Otherwise, they are just relying on their doctor’s suggestion. If a patient does not have the risks of a procedure explained to them beforehand, they cannot make an informed decision concerning their own health.

Damages were awarded for the cost of additional medical services required to stabilize the plaintiff. In this case, the plaintiff spent a year in the hospital and will now need to take enzymes prior to eating to avoid further injury. The plaintiff was further compensated for the pain and suffering she endured as a result of the negative outcome of the procedure. $1 million dollars was awarded for lost wages since the plaintiff could no longer do her job.

The Moses Law Firm represents the interests of patients injured by negligent doctors and health care facilities. Call our Atlanta medical malpractice lawyers today to schedule a free consultation and we can begin preparing your claim immediately.

By The Moses Firm | Posted on July 27, 2022
« $7.6M For Plaintiff After Bacterial Infection Misdiagnosed As Ankle Sprain