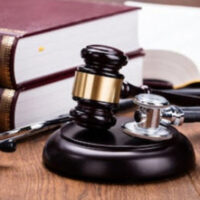 An exchange student from Nepal was recently awarded $111 million in damages against a hospital that allegedly botched his surgery. As a result, the leg had to be amputated. The size of the jury verdict is stunning, but a young man will have to live the rest of his life without a leg. Mutilation and loss of limb lawsuits tend to result in very high damages awards, especially if the injury prevents you from doing the work you’ve trained your entire life to perform.

According to the lawsuit, the student was playing soccer when he was slide-tackled by another player. The student experienced leg pain and was taken to the hospital. Doctors identified a fracture in the student’s leg and recommended surgery. The student contested the decision to perform surgery, but the surgery was performed anyway. After the surgery, the student reported severe pain in the surgical area but was discharged anyway.

A jury found that the hospital was negligent in its care for the student and awarded him $111 million in damages. The hospital released a statement saying that they stand by their doctor and the quality of the care he delivered and are going over their options to appeal the verdict.

The size of the verdict, even for lawsuits that result in amputation, is quite large. However, there is no standard for compensation in medical malpractice cases and no unilateral payment for the loss of a limb. Instead, the jury decides what the plaintiff’s damages are based on arguments they hear in court. In this case, the patient has undergone 20 subsequent surgeries to repair damage related to the injured leg. He will never have a leg again, will never play soccer again, and may be restricted from doing work for which he is trained. In that case, he would need to change his major.

After the arguments were made, the jury found that his damages exceeded 9 figures. The costs related to future medical expenses, pain and suffering, and more were major factors in reaching this verdict.

The Moses Law Firm represents the interests of Georgia patients injured by medical negligence. Call our Atlanta medical malpractice lawyers today to schedule a free consultation and we can begin discussing your claim immediately.