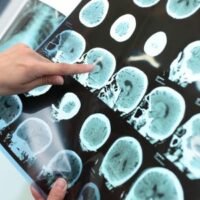 Some states route birth injury claims through a birth injury program. Florida, for example, has come under fire for preventing parents who incur massive medical expenses related to children born with preventable birth defects struggle to get the support they need from doctors who negligently care for the mothers and their children. Many states use this policy because birth injury lawsuits tend to settle for 7 (sometimes 8 or 9) figures. In this case, the plaintiffs were awarded $15 million from an army hospital in Honolulu.

According to the parents, the hospital became aware that the fetus was in distress but delayed a C-section. While the correct diagnosis was made and the C-section was the correct course of action, the procedure was delayed by an hour and a half while the baby showed signs of oxygen deprivation. By the time the baby was born, he had suffered severe brain damage.

In this case, the parents were lucky that they were able to file suit against an army hospital. Such a lawsuit would have been quashed by The Feres Doctrine until it was rescinded under the Trump administration. The law now allows army personnel injured by medical malpractice to file claims against a government hospital for medical negligence. Had this lawsuit been filed in Florida against a private hospital, it would have been routed through the birth injury claims system and the parents may never get the resources they need to support the child.

In this case, the hospital did everything right except perform the procedure with due haste required of the baby’s deteriorating condition. You don’t see too many medical malpractice lawsuits filed on the basis of well, we didn’t get to them in time. When you do see these lawsuits, they are generally filed against inner-city hospitals in large metropolitan areas.

The U.S. has the highest rate of birth injury of any developed nation in the world. This is largely due to substandard medical care in poor areas of the country. While this includes inner cities, it also includes some rural areas where hospital care could be hours away.

Delayed treatment for an exigent medical problem is almost always the fault of the hospital unless the patient interferes with the medical services or fails to provide consent in a timely manner. In this case, it is unclear why the delay happened, but a known complication of oxygen deprivation is irreversible brain damage. Children born with this condition may never be able to speak, walk, or feed themselves. In other cases, the child may have learning disabilities, physical limitations, blindness, and just about anything else.