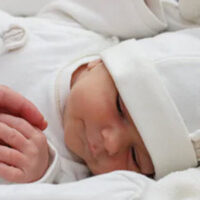 In Georgia, you are allowed to sue a health care provider for causing injury to a newborn baby. However, some states have created a fund to provide compensation to parents of injured children as opposed to allowing medical malpractice lawsuits against doctors. Why? Well, this is believed to reduce the overall cost of health care because birth injury lawsuits often result in six, seven, or even eight-figure settlements against hospitals and doctors.

However, the program is under fire for failing to issue payouts to parents and attempting to divert the costs of the program to federally-funded programs like Medicare and Medicaid. Florida’s Birth Injury-Related Neurological Compensation Program (NICA) attempted to claim it was immune from such lawsuits due to Florida’s sovereign immunity rules. However, a three-judge panel declined to rule in Florida’s favor allowing the lawsuit to move forward in federal court.

According to Florida’s attorneys, it is a breach of Florida’s sovereignty to allow the lawsuit to move forward. The federal government has accused NICA of violating the False Claims Act which is a criminal statute that holds (mostly) medical providers liable for fraud.

The federal government further argues that NICA does not qualify as an “arm” of the state because the majority of its capital is derived from assessments and investments.

You can file a birth injury lawsuit against a medical provider in Georgia so long as you meet the statutory requirements. That means that you must prove that your doctor violated the standard of care when rendering services. In Georgia, as in most other states in the country, the poorest areas have the highest rates of birth injury and maternal injury. While medical services in America can be as good as anywhere in the world, income often determines whether or not you’ll have access to quality medical services. This remains a blight on America’s record of health care exceptionalism. In some places, you’ll find infant and maternal mortality rates as higher than any other industrialized country on earth.

If your child has sustained injury due to substandard medical services, call the Atlanta medical malpractice attorneys at The Moses Law Firm today to schedule a free consultation and learn more about how you can recover damages related to your child’s future medical care and reduced quality of life.