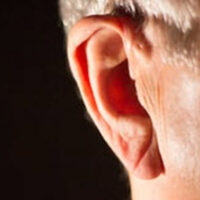 MRIs are giant magnets so, the danger there is that something that’s metal inside of your body can be torn through your body and stick to the machine. That didn’t happen in this case, however. Instead, a businessman is suing the hospital after he suffered hearing loss because the MRI machine was excessively loud.

According to the plaintiff, the MRI had to be conducted twice because, as was explained to him by the techs, the first pictures didn’t take. A second MRI was performed and ostensibly, this time the pictures were fine. However, the patient reported excessive hearing loss after the second MRI. The techs informed him that the MRI machine in use was “the loudest in the hospital”. He was only given disposable ear plugs to use while the tests were being performed.

The businessman went on to see several doctors to treat the hearing loss, but nothing worked. That’s when he filed a medical malpractice lawsuit against the hospital that performed the MRI. He blames the MRI machine for his hearing loss.

The dispute is set for trial on July 25th of 2022. The hospital has refused to comment citing pending litigation.

Why is the hospital fighting the claim?

It’s more likely than not that the plaintiff is asking for more money than the hospital wants to pay. So the hospital has one number in mind while the plaintiff is thinking bigger. Most cases like this tend to settle because a jury is likely to find that the MRI was more likely than not to have caused the patient’s hearing loss. The symptoms started immediately after the MRI and his doctors were unable to repair the damage to the ear. So, establishing that the plaintiff’s injury is directly connected to the MRI is not going to strain the plaintiff’s legal team.

The hospital can then dispute the amount of damages the plaintiff is seeking to recover or claim that he is partly responsible for his own injury. They could claim that the earplugs were sufficient to prevent hearing loss and that he failed to wear them properly. This may reduce their liability, but it won’t eliminate it entirely. If the techs knew that the machine was “the loudest in the hospital” then better precautions could have been taken. It is unclear if any other patients reported hearing loss after using the machine.

On the other hand, medical malpractice lawsuits are not like other forms of personal injury lawsuits. In order to prove your case, you must establish that the doctor or hospital deviated from the prevailing standard of care. That means that they can cause an injury, but if the prevailing standard of care was met, then the plaintiff may not be able to recover damages.

Those who have been injured by the negligent practice of medicine can file lawsuits against negligent doctors, hospitals, and hospital personnel. Call the Atlanta medical malpractice attorneys at The Moses Law Firm today to schedule a free consultation and learn more about how we can help.